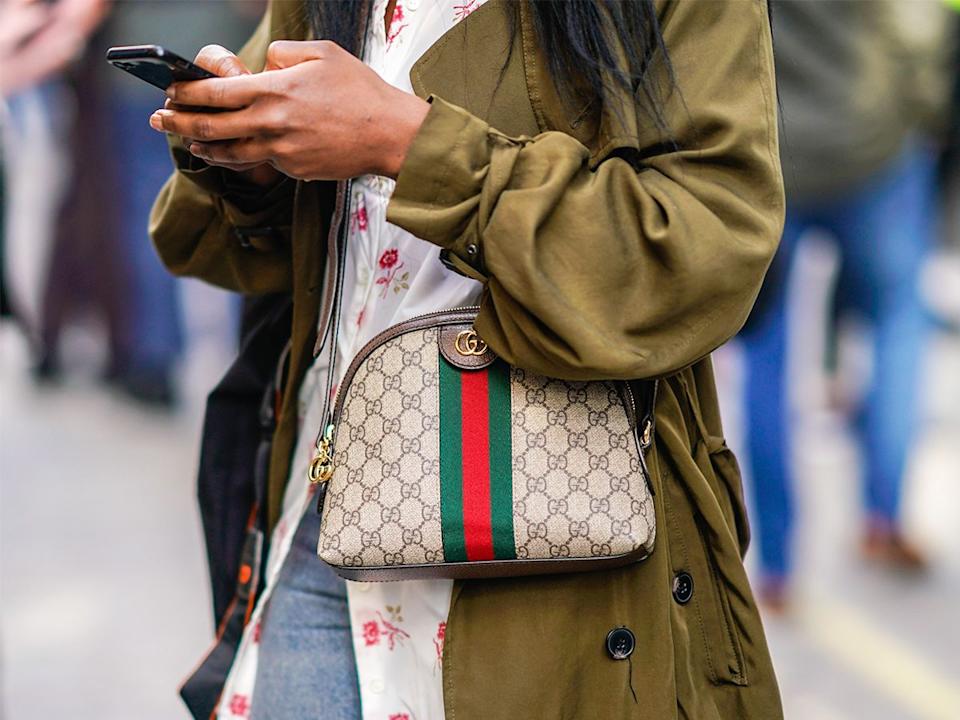 Gucci is one of the great fashion houses of Italian luxury. This multi-brand group has become one of the world leaders in luxury goods after a century of existence. A look back at the success story of the famous Italian company.

The Gucci story began in 1921 when Gucci decided to open his first shop in Florence. The son of a leather goods artist, Gucci had been involved in leather goods since childhood. It was while working at the Savoy Hotel in London that he developed his taste for London luxury and refinement. Inspired by the tastes and refinement of the London upper class, he imported the refinement of English travel kits to Italy. The brand began as a luggage manufacturer, producing luxury travel goods for Italy's wealthy upper classes, as well as equestrian equipment. In 1938, Gucci opened its first shop on Via Condotti in Rome and the brand soon attracted a distinguished international clientele. The brand continued to conquer the world and opened its first shop in New York in 1951. Gucci then became a real symbol in the American jet set. From the 1950s onwards, Gucci was a great success with wealthy travellers, Hollywood stars and a wealthy clientele who appreciated its extravagant and opulent designs. Guccio Gucci died in 1953, but the business continued under the direction of his sons.

The Italian house continued to prosper even without its founder and reached its peak in the 1960s. One of the founder's sons, Rodolfo, created the tricolour stripe, a Gucci trademark, which soon became one of the house's signatures. It was also at this time that the brand introduced its distinctive G-G monogram. Popular with celebrities, Gucci bags have been named after such stars as Jackie Kennedy, Samuel Beckett and Grace Kelly. The brand continued to expand and extended its empire to London in 1961 and Paris in 1963. The Italian fashion house continued to develop its products and released its first perfume in 1975. The first Gucci ready-to-wear show was held in Florence in 1981. In 1983, Rodolfo Gucci died and control was passed to his son, Maurizio.

The 1980s saw a reorganisation of the brand. Maurizio Gucci hired editor Dawn Mello and then the great designer and director Tom Ford, who restored the Gucci line to its former glory. Ford takes over the reins of the brand and begins a close collaboration with photographers such as Mario Testino and Steven Meisel. They focus on hard-hitting and highly provocative advertising campaigns. With Tom Ford, Gucci takes up the codes of the 90s, where men and women are wrapped in very sensual dresses with leather and fur details. Tom Ford's woman is far from the hippie style of the 70s and the eccentric style of the 80s, but it is a hyper-feminine woman where the watchword is stilettos. In 2004, Tom Ford presented his last collection with Gucci and was replaced by Frida Giannini.

In 2002 Frida Giannini joined Gucci as chief designer for leather goods, helping to expand the double G logo to its full potential. She achieved great success in 2004 with the Flora collection in which she offered summer accessories in the iconic floral print of the scarf designed by Vittorio Accornero for Grace Kelly in 1966. After taking over from women's designer Alessandra Facchinetti in 2005, Frida became the sole creative director of all the fashion house's lines in 2006. She had to deal with the aggressive, provocative and sensual style that Tom Ford had infused into the brand's aesthetic. This kind of Gucci woman was far from her sensibility, and it's no coincidence that her first show stunned everyone. Giannini brought a collection of two-tone Tommy-Hilfiger-inspired T-shirts to the catwalk and reintroduced prints to Gucci's monochrome world. During her tenure, Giannini increased the brand's sales by two-thirds and developed new categories, including fragrance and beauty. She has held the position of creative director since 2006 and is presenting a final collection at the Fall 2015 runway show.

The Gucci label continues to revolutionise the fashion world with its new androgynous collections.