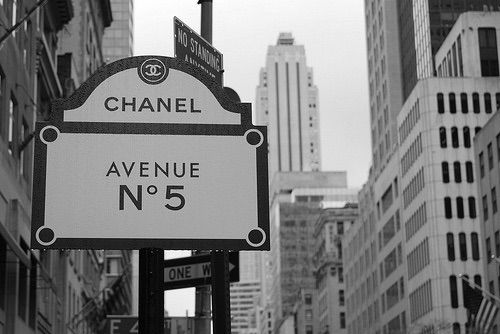 How did Chanel become a major player in the fashion world?

Do you know Chanel? The design house, yes! If the name Chanel immediately brings to mind the famous fashion design house, which today is present in the haute couture, jewellery, cosmetics and perfume markets, few people really know the history of Chanel, and how it has managed to make a name for itself in the history of fashion, past and present.

So let's take a little trip down memory lane and trace the beginnings of the now famous Chanel.

The history of the House of Chanel is intimately linked to that of its creator Gabrielle Chanel, who was born on August 19, 1883 in the town of Saumur, France. The childhood of the little Chanel remains to this day mythical and very controversial. Gabrielle did not have a very happy childhood, so she did not often talk about it, or be very honest when she did.

At the age of 12, Gabrielle lost her mother and was placed in an orphanage by her father, along with her sisters. Gabrielle learned to sew during her six-year stay in the orphanage.

At the age of 20, the young girl was already very good at handling thread and needle. She therefore worked in a small sewing workshop for a few years, gaining experience.

At the age of 25, Gabrielle met her true love, the English businessman Arthur Capel, nicknamed "Boy". She soon joined him in Paris to open her very first shop specialising in hat making. This workshop was a success and the young lady opened a second workshop near Place Vendôme. She continued in the same vein and opened her third and fourth workshops in Deauville and Biarritz respectively.

Nicknamed Coco Chanel, the manager and owner of a line of hat-making workshops, took up dressmaking, and her clients were mostly wealthy women.

Coco Chanel is famous and actively participates in the revolution and female emancipation of her time. In particular, she launched the short hair style, which soon became the fashion. In the world of couture, Coco was the originator of the very first dresses without restrictive corsets. This was a great innovation for women, who accepted it with joy. Later, Coco Chanel also created the pretty "little black dress", the colour of which was strictly reserved for mourning at that time.

Later in 1921, when Coco Chanel launched Chanel N°5, her first perfume of a long series, Marilyn Monroe unintentionally advertised it by saying that she slept every night with a few drops of Chanel N°5.

Coco Chanel did not stop there. She also launched herself into jewellery, where she enjoyed equally impressive success.

The arrival of the Second World War forced Coco Chanel to abandon her numerous boutiques and thousands of workers and go into exile in Switzerland.

At the end of the war, Coco gets her boutiques back. Without worrying about Dior and its "New Look" which overshadowed her, Coco Chanel simultaneously launched the majestic quilted Chanel bag and beautiful two-tone ballerinas.

Coco Chanel receives the Oscar for fashion, in recognition of her many innovations and efforts to revolutionise the world of fashion.

The famous designer died in 1971. This unfortunate event put an end to the fashion house's enormous achievements.

Ten years later, Karl Lagerfeld took over as artistic director of Chanel. At the beginning, those close to him advised him against accepting this position, which is precisely why he accepted the challenge.

Karl was responsible for many artistic achievements within the Chanel house, notably the legendary Chanel Premiere watch. Nicknamed the Kaiser of fashion, this fashion genius, who simultaneously used his talent for the benefit of Chanel, Fendi and his personal label, was able to impose his style, while respecting the original artistic spirit of Coco Chanel.

Coco Chanel often said: "Fashion goes out of fashion, style never does". In general, the creations of the House of Chanel follow this concept. Coco Chanel followed this principle throughout her career and Karl was able to capture and apply these same principles. Although she went against the grain, Coco Chanel constantly revisited the codes of fashion, through her original, elegant and stylish creations, allowing women to emancipate themselves from the sartorial impositions of the time.

One of the main characteristics of Coco Chanel is the rigour it has always imposed on its manufacturing processes. In order to provide products of impeccable quality, she has always preserved the "home-made", and has always made sure to have the best craftsmen at her side to achieve this.

The Kaiser of fashion, who succeeded Coco Chanel, preserved until recently, the artistic will left as a legacy by Coco Chanel. Sadly, he too passed away on 19 February 2019. We dare to hope that his right-hand woman Virginie Viard, who took over the torch, will be able to maintain the indelible imprint left by the House of Chanel in the fashion world, and throughout the world.