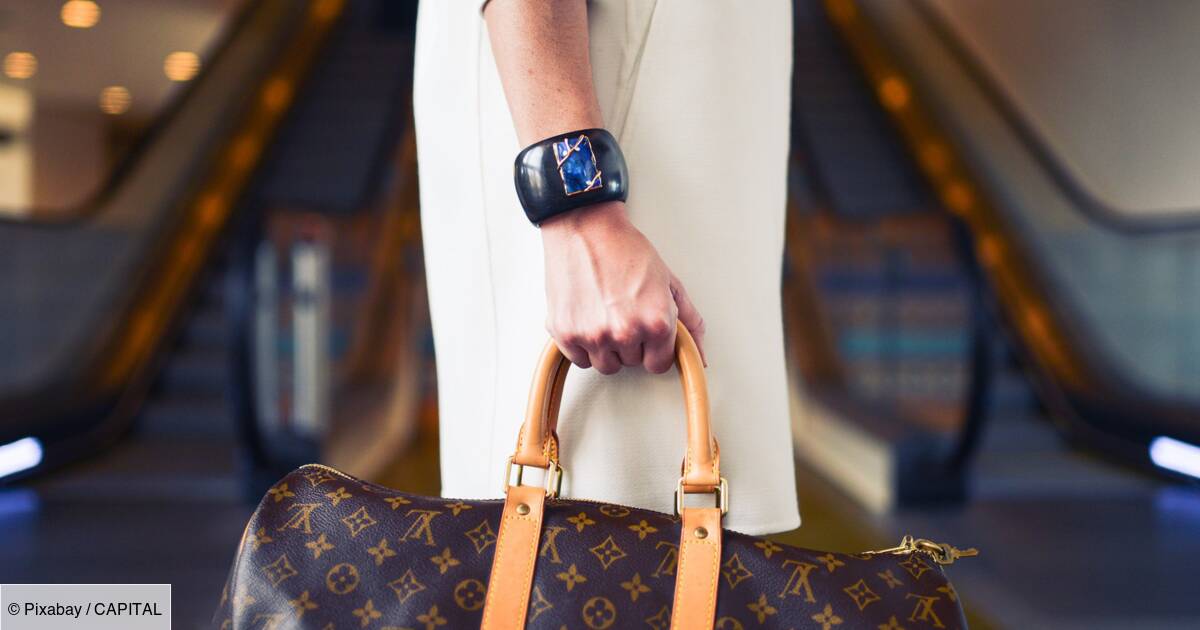 What are the great revolutions in the history of luxury bags?

Did you know that the equivalent of the modern bags we know today were small pouches placed close to the body under skirts?

Indeed, the bag, as we know it today, the indispensable accessory in every woman's daily life, has undergone enormous progress since its creation.

Over the course of a century, this accessory has evolved with women's intimacy and with the new demands and dress codes of each era.

In this article, we zoom in on the history of bags and the major revolutions that have marked it.

The history of bags goes back to antiquity, more precisely to the time of ancient Rome. The equivalent of the modern bag at that time was the purse. It was a small pouch that could be opened and closed by pulling on small strings. The men and women of the time only used them to store their money. Purses were used in this way until the early Middle Ages, just after the era of the Christian crusades.

The Middle Ages corresponded to a time when the most destitute were numerous in the streets and asked the most affluent for alms. The latter, for the most generous, responded favourably by taking a few coins, not from a pocket (there were not even any on clothing at the time), but from their purse.

The Middle Ages were also a time when religion was very much a part of life. In addition to coins, religious accessories (rosaries and crosses), as well as small everyday objects, were stored in purses.

In the same religious vein, purses in the Middle Ages were decorated with small religious mottos. This is a new trend, and purses are becoming more and more ornate, with the wealthiest even carrying purses decorated with gold thread.

The name "bag" appeared in the 11th century and comes from the Hebrew word "sak", which itself represents a rough cloth made of goat hair. The English equivalent "bag" comes from the word "baga", which refers to anything to do with luggage.

During the 15th century, metal was added to the bags to make them more structured and therefore more manageable. All kinds of metals were used: iron, brass, bronze, etc. The bags were increasingly decorated and even became symbols of social status. At the same time, and until the 17th century, women wore their bags at the waist, under their dresses, away from prying eyes.

In the 18th century, as fashion progressed, heavy, loose dresses gave way to lighter, more body-conscious dresses. The beautiful ladies were forced to abandon the use of bags under their dresses. Instead, bags are now carried in the hand, but are called "reticules". Although many people were outraged that the bag, which had previously been considered a woman's private property, was being displayed in this way, the handbag remained firmly established and underwent many changes: square or round, beaded or silk, richly or soberly embroidered, etc.

In 1860, travel became commonplace, leading to the development of the luggage industry. Bags of all kinds and sizes appeared. Leather demonstrated its strength and efficiency and took precedence over the other materials used at the time.

In 1914, the war was raging and leather was becoming increasingly rare. The designers of the time were not lacking in originality, and turned to materials such as furs, reptile skins of all kinds and feathers.

Five or six years later, the great jazz and tango periods arrived, and the mini-bags and minaudières with them. Who would want to carry around a classic bag while dancing.

In 1927, the Lancel brand launched the bucket bags, which would later become its preferred manufacture. The Lancel brand was created in 1876 by Angèle Lancel. At the time, it was a small shop selling items for smokers. Later on, the shop moved into women's goods and accessories.

The 1930s saw the development of a new way of life with cars. It was necessary to be able to store one's luggage in the trunk while keeping a few things useful for long journeys on one's person in another small bag. One of the best creations of this period was Louis Vuitton's Speedy, created in 1933, a timeless model of the brand, both practical and elegant.

Another iconic creation from the same period: the Kelly by Hermès, created in 1935, is a scale model of the bags of the time. This very feminine model corresponds perfectly to the travel trend and the fashion requirements of the time.

In 1940, new constraints were imposed by the war. Leather was again in short supply, but so were nylon and wool. Fashion designers at the time opted for bags made of straw, raffia or fabric. Gucci's very first handbag, made in 1947, the Bamboo, is a model that reflects this era. The bag was named after its handle made of burnished bamboo that was curved with heat and steam.

Patent leather was a trend in the 1950s. Hollywood stars such as Marilyn Monroe, Ava Gardner and many other actors were seen wearing handbags, each one more stylish than the next.

Until 1955, handbags were carried on the shoulder by women. Coco Chanel, whose real name was Gabrielle Chanel, was a creative genius who, when she set out to create a new bag, thought "user" and thought "design". Until then, bags were carried on the shoulder, from which they frequently slipped, and had to be caught and readjusted. This meant that the bag had to be held tightly against the body. Inspired by the shoulder bags worn by soldiers at the time, Coco Chanel created a shoulder bag for women in February 1955: the 2.55 (referring to the year of its creation). The 2.55 by Chanel was as elegant as the bags of the time and was the first bag to offer so much freedom to its users. This model, often revisited, has gone through all eras and its current price is ten times higher than its marketing price in 1955.

By far the most popular bag of all time is the Hermes Kelly, created in 1935 (we've already talked about it). In reality, this bag was called a "strap bag" or "high strap bag" when it was created. It really became very popular when it was collected by the famous actress Grace Kelly, who one day, photographed for the cover of a famous magazine, used it to try to conceal her first pregnancy. The popularity of the "strap bag" was spread and the name Kelly was given to this very popular bag model to this day.

Another bag highlighted by a celebrity is a half-moon bag designed in the 1950s by Gucci. In 1964, Jackie Kennedy, JFK's widow, fell in love with the bag and ordered six of them. She wore it on all her outings, and as she was often photographed with it, the half-moon bag also gained popularity and was renamed "Jackie" in 1968.

During a trip in 1984, Jane Birkin confides in her neighbour on the plane. She tells him how she, who usually takes "her life" with her on her trips, has trouble finding a bag big enough for all her things. The great and beautiful coincidence is that the neighbour she confides in is Jean-Louis Dumas. He is the then president of the Hermès firm. Jean-Louis asked Jane to draw a sketch of the bag that would suit her. She did so, and the Birkin was born shortly afterwards, and has been a phenomenal success since its creation.

A final anecdote. In 1995, Bernadette Chirac, the wife of President Jacques Chirac, asked the fashion house Dior to suggest a special bag that she could give to Lady Diana, a member of the British royal family, who was visiting France at the time. Dior quickly seized the opportunity, and the bag, initially called Chouchou, was immediately renamed "Lady Dior". Lady Diana loved the gift and took it everywhere with her. Within two years, more than 200,000 copies of the Princess bag were sold thanks to the worldwide promotion provided by the princess. New paragraph

Bags have proven and demonstrated their importance in everyday life. The fashion accessory sector, and more specifically the bag sector, has been growing impressively for several years now. Millions of new consumers are coming forward every year and new fashion designers are appearing to try to satisfy this demand. In the battle for the it-bag, it is only the decades-old fashion houses that are still working to produce "the bag that everyone would want". Today, the fashion market, and more particularly the luxury market, is profitable for both producers and consumers. It would even be more interesting to invest in a "good" luxury bag than in stone.